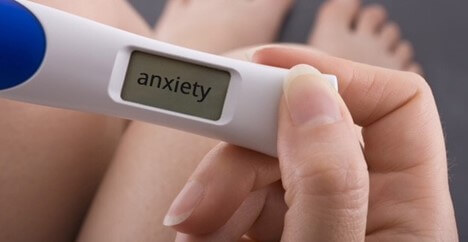 I write this letter to you as I lie in bed, one of the many nights that I have had trouble falling asleep after the Supreme Court decided to reverse Roe V Wade. I alternate between being incredibly angry and profoundly fearful for what the aftermath will mean to both of you. We are already starting to see the repercussions of it, and they are not only deeply concerning but the antithesis of all that I’ve taught you.

We have talked about physical safety and how to protect yourself, but I know that you still have a one in four chance of being a victim of sexual assault. It is unimaginable to me to think that you may not only have to deal with the consequences of the assault, but you could be forced to live with the terrible consequences of a rape-related pregnancy including depression, unstable relationships, and self-destructive behavior. One-third of women who have rape-related pregnancies do not discover they are pregnant until the second trimester, which now drastically limits (or even eliminates) their reproductive options.

As a result, I’m sorry that we will need to think twice about allowing you to apply to college in a restricted state, even if it’s a great school.

We have talked about psychological safety, healthy relationships, and boundaries, but I realize that you still have a one in four chance of being the victim of intimate partner violence, and that this violence tends to escalate when the female partner is pregnant. In fact, women with unintended pregnancies have two to three times the risk of experiencing physical violence than women with intended pregnancies. Reproductive coercion (where the male partner may forbid or punish the female partner for using contraception) is prevalent in these toxic relationships because having a child together allows the male to solidify his hold on the female, mentally, physically, and financially. In keeping with this, women who are victims of intimate partner violence have a higher rate of unintended pregnancy. It breaks my heart a little to imagine this happening to you but infuriates me to think that if it does, you don’t have options in a restricted state.

Think about this when you decide where to apply for jobs and live after college.

Perhaps most importantly, we have talked about the components of self-esteem, how it includes having a sense of agency and self-efficacy, and that your body is your own.  This is no longer true if you live in a restricted state.

Don’t be fooled by the language in the concurrence which justifies taking away your right to bodily autonomy because you can travel to another state. Extremist politicians are trying to enact laws to ban travel or to receive medication for medical abortion from another state. Justice Kavanaugh’s insistence that “Federal and state laws now ban discrimination in pregnancy and offer parental leave and insurance coverage” is laughable. This concept is better suited to the fairy tales that I used to read to you at night than the real-world experience in many places. In Mississippi, for example, there is no guaranteed paid leave, no ban on pregnancy discrimination, and the highest infant mortality rate in the country.

As a women’s health nurse practitioner, I have dedicated my entire career to working with reproductive-age women. I can tell you that the consequences of this decision are profound and far-reaching.

*Since care after a miscarriage and after an abortion are similar, a clinician may delay caring for you as he/she fears legal consequences.

*If you need to take a medication to control a chronic condition and that medication happens to be teratogenic or an abortifacient, this medication may be withheld from you simply because you are of reproductive age and might get pregnant while on it.

*If you have an ectopic pregnancy that is not yet ‘life threatening’, your care may be delayed or denied as many doctors and hospitals fear the legal loopholes and subsequent repercussions embedded in the intentionally murky language of many state laws.  Waiting an hour or two can be disastrous, in the context of a ruptured ectopic pregnancy, as every minute counts.

*If your membranes rupture in the second trimester, but there is still a fetal heartbeat, you may have to continue to carry the pregnancy at risk of infection, which could affect your current health or future pregnancies, even though there is no chance that the fetus can survive.

I’m sorry that your chance to have future children, your integrity, and your mental health can be sacrificed for potential life.

I worked in Labor and Delivery and was there to support families who had babies with catastrophic and/or lethal congenital anomalies. The families who delivered these babies (who died at birth or soon after, often with profound, visible abnormalities) were devastated. Many of the mothers, whom I kept in touch with afterwards, shared that they needed years of therapy and/or grief counseling as a result of that experience. One woman (whose baby had anencephaly) told me that the day she delivered felt like ‘a terrible movie that she couldn’t stop playing’ in her head. If a congenital anomaly like this is found during one of your pregnancies, and you choose to continue the pregnancy, I will be there with you to hold your hand and get you through the weeks, months, and years to come. If you decide to terminate, I will support your decision as I’ve seen first-hand the effects of this on families.

I just want you to have that choice.

Dad and I laugh at the story of how I became pregnant with your brother without realizing it for a few weeks as I was still breastfeeding. Dad’s joke is “How did you not know you were pregnant? Don’t you do this for a living?” We can laugh about it because we were in a loving relationship with the financial means and support needed to have kids so close together in age.

Many aren’t so lucky.

Close interpregnancy intervals (like mine) are a common reason for late recognition of pregnancy. Many women (like me) didn’t have a true menstrual cycle while nursing, and don’t realize they are pregnant until either symptomatic or showing. Had I been in an abusive relationship or not financially able to support so many kids at once, instead of a funny story, it would have become a cautionary tale. In a restricted state, it may have been too late for me to make a reproductive choice by the time I realized I was pregnant. I may not have been able to go back to work as my childcare costs would have exceeded my salary. I may have had postpartum depression after having had you, and the thought of another pregnancy would have made me feel mentally unfit to take care of you and your siblings. Although your brother is a treasure to me (and I can’t imagine our lives without him) I wasn’t a better person for having proceeded with the pregnancy, I was just lucky to have been in a situation where I was able to do so.

I will end with the fact that I also spoke to your brothers about the effect that this decision will have on all of us. One of them said to me “Well, mom, I hear you, but how are you going to change a bunch of middle-aged men’s minds?” My reply is, “I’m not starting with them, I’m starting with you.” If I can teach my sons empathy, to truly understand what it would feel like if their bodily autonomy and choices were taken away, then that is where I will start. If I can emphasize accountability, that it takes two people to generate a pregnancy then, maybe one day, one of my sons (or their friends) will grow up to shape laws that don’t marginalize women.

I could have never imagined that my children would have less reproductive choices than me and that my daughters would be treated like second-class citizens, but I promise you that my colleagues and I will relentlessly fight to restore your rights.

I hope and pray that, should you need it, you are in a state where your healthcare provider is permitted to prioritize you- the living, breathing person who is there in front of them, over any potential person, political agenda, or religious ideal.

When will we stop Blaming Women for their Infertility?

When will we stop Blaming Women for their Infertility? 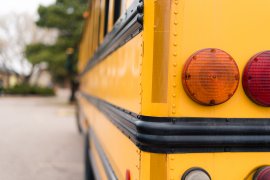 Lessons I Learned on a Bus
Dear Fertility Nurse: Scrabbled