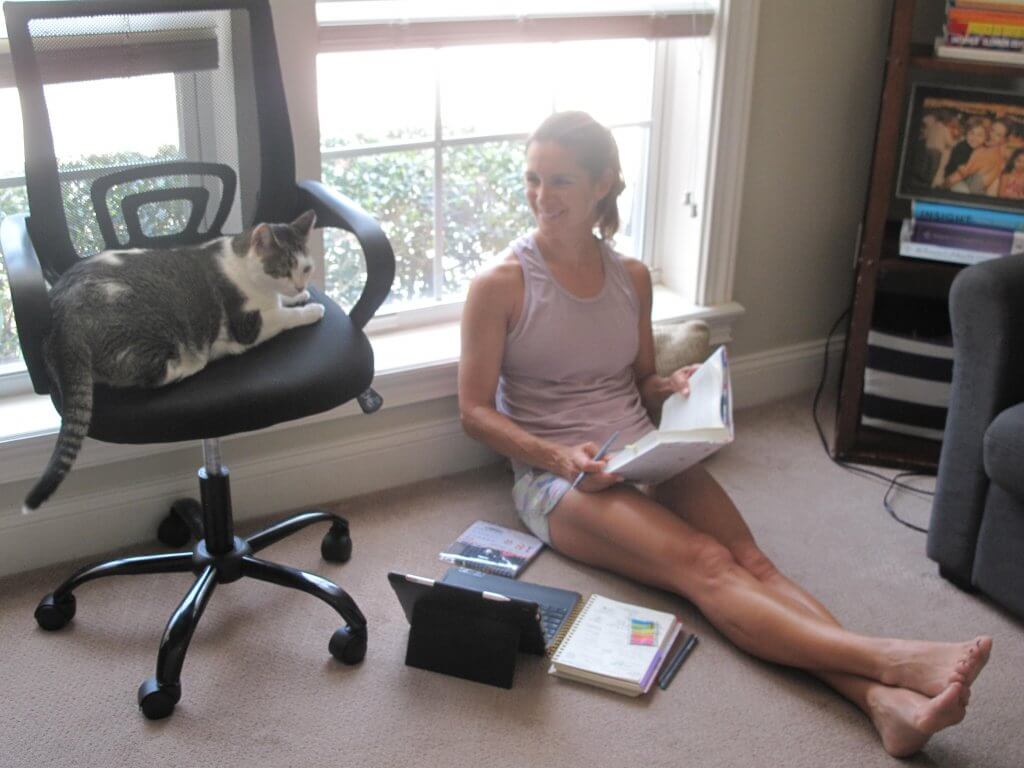 You know that REM song titled It’s the End of the World as We Know It? The first line is “That’s great it’s starts with an earthquake…”.

My earthquake happened in 2018.

I was asked to speak at a conference on weight and fertility and, as I started to research the topic, I became passionate about people’s relationship with food and their bodies. I realized that people in bigger bodies are shamed due to their weight. The reasons for obesity are complex, and include genetic and environmental factors as well as many others, but the behavior of over-eating is often a coping mechanism, it is not a character flaw.  I knew then, without a doubt, that working with people to improve their relationship to food and movement was going to be my mission.

At the same time, I felt a shift in both my personal and professional life. As much as I loved (and still do) educating nurses, I missed working directly with patients. I wanted to help women become the best, most authentic version of themselves. I found myself fascinated by people’s habits and stories, and wished I had more time in my day to help them dig deeper. I particularly became interested in how women cope with stress or trauma as I was personally exploring this.

I had stomach pain for 6 months, went to various specialists and was about to have exploratory surgery when I made some lifestyle and relationship changes and it resolved. I was amazed! I realized the true meaning of the phrase “listening to your gut”, and became living proof that the mind and the ability to regulate your emotions directly affect how you feel physically.

As a result, I decided to go deeper. For 75 days, I journaled, read everything I could on inner work, drank a ton of water, stopped drinking alcohol and exercised twice a day, every day, regardless of the weather. Journaling became (and continues to be) a potent tool. It allowed me to narrow the distance between my inner (thoughts, beliefs and stories) and outer (actions and responses) self. Bridging that gap generated a sense of calm, peace and alignment that I had been missing, and knew I needed to continue. I stopped asking everyone for their opinion (except for a handful of people, like very close friends, my coach and therapist) and started to rely on my intuition more. I engaged in the difficult and uncomfortable work of setting boundaries.

I mostly felt great. I was less tired and didn’t have the 2 pm slump. I got tons of compliments on my hair and skin. I lost some weight but, more importantly gained confidence and sense of self that I didn’t realize that I had.

It was also an uncomfortable and slightly lonely time. I realized that my coping mechanism (besides wine) was being a people-pleaser and that keeping this up was exhausting. It led to insecure attachment in my relationships, a lack of boundaries and a feeling of only having value if I made others happy. Like most disempowering coping mechanisms, this served a function for me in the past, but was no longer necessary. So, I stopped people-pleasing and lost a few relationships on the way, some that I’d had for a decade. This was incredibly sad, but then I remembered the saying that the only people who don’t like or respect your boundaries are those who benefit from you having none.

Doing the inner work is not easy, in fact, it can be extremely difficult and uncomfortable. But I felt that I was finally at a point where I “can do hard things” (to quote Glennon Doyle Melton Wambach).

The question is, are you?