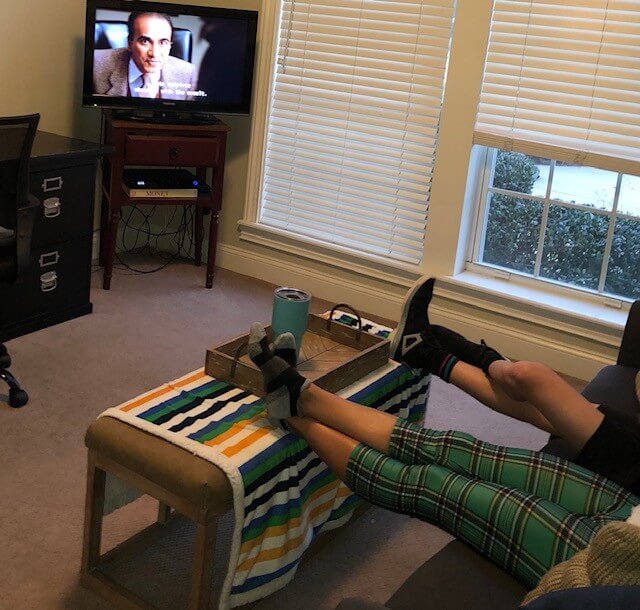 An activity that started as a way for me to spend time with my son became a valuable lesson on the care and appreciation of weight-diverse clients.

First, a little background. My son is entering high school next year. He is sweet, thoughtful and funny. He is also painfully aware that he is smaller than most boys his age, which limits his involvement in some sports and over time, has eroded his self-confidence. Music has been his lifeline, he started playing guitar about three years ago, and has since become an accomplished musician. When choosing his electives for his freshman year, though, he felt conflicted about signing up for Musical Theater. Obviously, he loved music, but he wasn’t sure if any of his friends were joining, or if, by joining, he would be perceived as ‘uncool’. I had no idea what Musical Theater was like at the high school or how it was perceived by other students. Although I don’t advocate that any of my kids try to be ‘cool’, I didn’t want him to have to navigate a new school with the added layer of being part of a group that potentially made him more self-conscious. We decided that since it would be difficult for him to get first-hand experience, we could give him a ‘virtual tour’ of being part of a performance group by watching the TV series Glee.

I was hooked on Glee as soon as it aired in 2009.  Not only were the performances amazing, but I empathized with the perfectly imperfect characters as they grappled with the normal challenges of being a teenager, such as their sexuality and concerns about popularity. I also looked forward to seeing how the talented writers would handle deeper issues such as discrimination, teen pregnancy and gender identity. I loved that they used the technique of internal monologue (where the character voices his or her thoughts) so that we are privy to their unfiltered internal processes as they encounter and navigate these challenges, providing evidence that our inner journey is not always reflected in our outward appearance or actions.

Some characters, like some of my clients, consistently deal with other people’s aversion to anyone who looks different. One of the female leads, Mercedes, who is overweight, decides to join the cheerleading team. Not just any cheerleading team, but one that has won national championships. The training is rigorous and the cheerleaders are known for their perfect hair and bodies. It is led by an unabashedly rude, cynical and biased coach who holds weigh-ins and suggests drinks that cause gastric disturbances in order to lose weight. Mercedes soon becomes a target for her. She ridicules Mercedes for wearing pants instead of a skirt and Mercedes first defends herself, then falls prey to the seductive allure of being part of a popular group. She decides to try to quickly lose weight.

She diets until she faints, and still manages to gain two pounds (a very common effect of food deprivation). She feels physically and emotionally terrible. At the weigh-in, she is shamed. Then, an unlikely ally, the snobby and popular former head cheerleader, visits her in the nurse’s office and reveals that she too struggled with her weight and the desire to be popular. She was kicked off the squad once the coach discovered that she is pregnant and, to her surprise, found solace in the Glee club.

Once pregnant, she realized the importance of eating for nourishment, and she ate more food, but it was much healthier. Not only did she feel better, but she was proud of how she was caring for her baby. She told Mercedes that she regretted not giving her body the same care and attention that she now gives to her unborn baby. This resonated with Mercedes, and prompted her to sing a heartfelt rendition of Christina Aguilera’s Beautiful during a school pep rally as both a symbol of self-acceptance and a refusal to suffer in order to look a certain way.

“Owning our story and loving ourselves through that process is the bravest thing that we will ever do.”

By re-watching Glee, I came to recognize the parallels between the characters and my clients who struggle with weight. Here are 5 ways that some of these ‘Glee Principles’ have the potential to translate into improved patient care:

Unequivocally, many of our patients face challenges, some feel more surmountable than others. As health care providers, we can embody the strength that they need to support them on their journeys and help them identify empowering coping strategies. Weight-diverse patients are often criticized and disparaged for their appearance and, by not defending them, we are being inadvertently complicit in encouraging weight bias and discriminating against someone based on their coping mechanism.

We can do better. 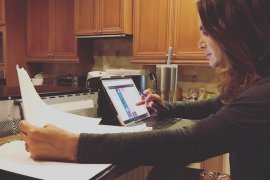 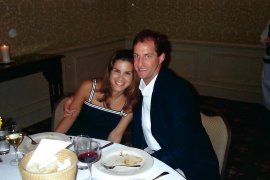